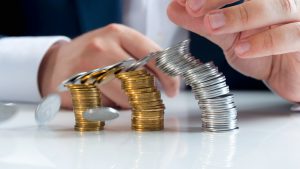 If you follow statements of antitrust  agencies the world over – even as far away as  China and Korea – you would think that there is a crisis going on in SEP licensing. Some agencies have shown interest in the theoretical concept of “stacking” of SEP royalties. For example, a 2016 Speech by the European Commissioner for Competition Margrethe Vestager represented that “Patents and standards are very important in the world of mobile devices. One recent study shows that 120 dollars of the cost of each smartphone comes from paying royalties for the patents it contains.”    While high royalties do not (and should not) create a presumption of anticompetitive behavior, it is not unreasonable where there are high royalties for a competition regulator to at least be curious whether there is anticompetitive conduct underlying such reality.   Unfortunately, what has happened is the reverse: competition regulators have assumed a high royalty regime, where in fact royalties for handsets are relatively low.  Aggregate SEP royalties are lower even than the 6-8% predicted by a leading manufacturer in 2009.

So how did we get to a world where SEP licensors are being punished for supposedly charging too much when they are in fact charging a lot less?   Much of the answer lies in the well-funded campaign run by academics, economists and lawyers in the pocket of Intel and Apple – to capture the regulators – if not outright hiring them in a seeming revolving door – and get them to think that SEP licensing is broken and run by monopolists.  Google has augmented this effort with its own heavy funding of academics. Since at least 2007 Apple, Cisco, and Intel-funded academics, Mark Lemley and Carl Shaprio, have argued from data related to 3G and Wi-Fi  that  royalty  “stacking”  can  supposedly become  a  very  serious  problem,  especially  in  the  standard-setting  context  where  hundreds  or  even  thousands  of  patents  can  read  on  a  single  product  standard.  While providing academic distance, they note claims that the total 3G royalty stack is somewhere north of 20% or as high as 30% of the price of a phone.  (page 2026).  A Vice President from Intel and two lawyers from Apple’s most preferred defensive law firm for SEP litigation co-authored a “working paper” that makes ridiculous claims about the total SEP royalty stack, concluding that “Totaling the figures described above for particular components or technologies leads to potential royalties of $121 to $124” for smartphones.  It appears Commissioner Vestager was citing that Apple-Intel “study” in her 2016 speech. Perhaps arguments by certain U.S. companies that the European Commission is targeting them are misguided

In a great irony, the judge that recently issued a decision lambasting Qualcomm for engaging in royalty stacking among other anti-trust sins, uncovered certain facts from Apple’s testimony under oath that undermine the premises behind the royalty stacking crisis.  Specifically, she found that the aggregate SEP royalties Apple pays on their 4G phones is less than $15.  This can be easily deduced from a comment on Page 85 by Apple’s COO that it pays $7.50 in SEP royalties to Qualcomm and his statement on page 174 that Qualcomm charges Apple more than everybody else put together.  Simple mathematics then requires that Apple’s total SEP royalty load be less than $15.   On an $800 phone, that means the aggregate royalty “stack” that Apple is paying, according to its own testimony, is less than 1.88% (or less than $15). A far cry from the $121-124 in the theoretical paper funded by Apple and Intel.

Unfortunately, it would seem that the effect of Apple’s long and well-funded campaign, including its serial hiring of FTC officials out of the agency, is still being felt at the FTC:  how else to explain the highly unusual zeal the FTC displays in opposing Qualcomm’s request to stay Judge Koh’s order on appeal?  One can only hope that as the various SEP cases make their way on appeal saner, and more empirically minded, voices prevail.