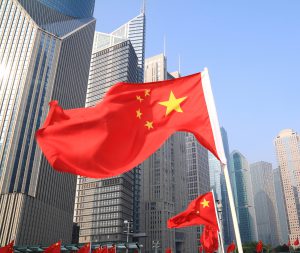 Previously we discussed a Unified Patents’ article, the “FRAND SCAM” fails to address many key points.  But worse than these sins of omission, the article goes so far as to make some outlandish misrepresentations about the overturned TCL decision.  For example, Unified incorrectly posits that the “court […] concluded […] that Ericsson had violated its FRAND obligations.”  However, the TCL decision actually determined that Ericsson had met its FRAND obligations with respect to its course of conduct. The decision states: “Ericsson negotiated in good faith and its conduct during the course of negotiations did not violate its FRAND obligation.” (p3) The article also incorrectly claims that Ericsson agreed with TCL on the number of patents that were actually essential. However, as the TCL decision makes clear, “Ericsson made numerous challenges to the process that produced these numbers […]. Ericsson challenged the results of this process…” (p30) Ericsson challenged these numbers because TCL’s “experts” spent only 20 minutes per patent in their analysis, producing a vast over-counting of industry’s essential patents to Ericsson’s detriment.  Indeed, this was the exact criticism that the UK court leveled on this type of exercise. Tellingly, a later study found the results of the 20-minute-per-patent review to be comparable to random guesswork.

Rather than correcting for all of those obvious mistakes uncovered by courts and industry analysts, the article propagates them. If Unified Patents wants to rely on bad data, poor analysis, vacated court cases, and blatantly false misstatements to pitch its business, potential clients and businesses need to ask themselves if they can afford to trust what Unified is selling.

Even more, egregiously, is the following statement from the Unified article:

SAMR, the successor of China’s NDRC, SAIC, and MOFCOM agencies is, in fact, investigating Ericsson.  As someone who has had the pleasure of being the guest of the thugs at the NDRC, ostensibly investigating my former employer’s licensing practices, I know full well that China’s Anti-monopoly law is a weapon to be used against foreigners. Do not just take my word for it, the USTR (“Many U.S. companies have cited selective enforcement of the Anti-monopoly Law against foreign companies seeking to do business in China as a major concern […]. U.S. industry has expressed concern about insufficient predictability, fairness, and transparency in Anti-monopoly Law investigative processes”), the White Office of Trade and Manufacturing Policy (“China seeks to force foreign patent and technology holders to accept below-market royalty rates in licensing and other forms of below-market compensation for their technologies”), the US Chamber of Commerce (The U.S. Chamber of Commerce has been forthright in expressing our serious concerns regarding a range of Chinese government policies and practices that restrict access to its market, condition participation in the market on technology transfer, and broadly seek to undermine the value of intellectual property held by American companies.  These are global concerns that have also been voiced by stakeholders from around the world over many years”), and many others agree.

As if further proof of SAMR’s ulterior motive as a weapon of Chinese industrial policy, SAMR is now conducting one of the first, if the not the first, competition law authority investigation, at the behest of a Chinese PAE, Iwncomm, into whether a company (Apple) is an unwilling licensee for engaging in “hold out” failing to take a license on Iwncomm’s FRAND terms.  To be clear, SAMR does have a powerful argument to make that Apple is indeed a long time manipulator of the FRAND regime and a classic unwilling licensee – as the opening slides in Qualcomm’s FRAND litigation with Apple demonstrate.

Nevertheless, given one still must wonder why Unified would seemingly be carrying the water for China’s antitrust authorities.  Perhaps it has something to do with a major Unified backer’s long history of giving aid to favored Chinese companies in their use of SAMR against SEP licensors.

While an AI tool to perform essentiality and validity testing would be of great interest, any such tool is only as good as the algorithms and experts used to train it.  To this end, one important prerequisite of any Artificial Intelligence (AI) tool is to be auditable (for more information, see here or here as examples of why AI audits are important). In other words, one needs to be able to determine whether a specific statistic or trait fed into an algorithm is being favored or disadvantaged at a statistically significant, systematic rate, leading to inaccurate results or adverse impacts on those underrepresented in the data set. Otherwise, the foundational rule of all computer science takes over and causes the entire project to be suspect: Garbage In, Garbage Out.

Based on the statements from Unified Patents in the article, it is hard not to wonder whether OPAL is a tool jury-rigged for LTE implementers, not for all LTE stakeholders. As such, it is reasonable to suspect that OPAL provides not only inaccurate results for being unfit for purpose but results that are inherently biased towards big tech and implementers.  Such concerns will only be resolved when neutral third parties have audited OPAL.  Until then two principles apply – caveat emptor (buyer beware) and cui bono (who benefits).

Throughout its article, Unified Patents misleads its readers about the current state of the law on FRAND, and fails to offer well-rounded advice that can help customers navigate towards successful patent licensing outcomes. This lack of full candor makes it impossible to substantiate their claims. Could this qualify as unfair and deceptive advertising? Should consumer protection agencies discourage this type of false statement? Regardless, those who blindly follow Unified Patents’ sloppy advice will undoubtedly face the consequences in court – up to triple damages for willful patent infringement, or injunctions. And then they’ll understand the real scam.