In most jurisdictions around the world, the most common form of protection for software is copyright. In the US, ever since the Alice decision, copyright was thought to be the best form of protection for software. Given recent Supreme Court precedent, whether that is still the case remains to be seen. Notwithstanding that uncertainty, it is still worth reviewing copyright basics.

Copyrights are regulated in the US by the US Copyright Office under the authority of the federal Copyright Act. Copyright law covers original works of authorship fixed in a tangible medium of expression. The types of works covered by the law include (1) literary, musical, pictorial, graphic, dramatic, and audiovisual works; (2) compilations of copyrightable or non-copyrightable works (e.g., data); and (3) derivative works, i.e., works based on (1) and (2). The courts have determined that software source code and object code are copyrightable as literary works if they are original and fixed in a tangible medium of expression, such as in print or in a computer hard drive or other electronic, magnetic, or optical medium.

The Copyright Act expressly excludes from its protection ideas, processes, systems, and methods of operation, even if they are described, illustrated, or embodied in an otherwise copyrightable work. Thus, because computer code is both expressive and functional, deciding which computer program features are eligible for copyright protection is typically more difficult than determining the more traditional copyrightable subject matter. This sounds as confusing as it reads. And courts (which are typically not well versed in technology) must try to figure out how the software owner wants to protect fits within this difficult idea-versus-expression dichotomy in order to see what are the program’s protectable, expressive elements and whether they have been infringed. When doing so, the court must be mindful of both the software’s “literal” and “non-literal” elements. What might these be?

A computer program’s literal elements are its source code and object code. One way to think about them is to consider the protection available to a software’s code similar to that available to the text of a novel. A computer program’s non-literal elements include the structure, sequence, and organization of both the program as an integrated whole as well as its individual features or components. The latter may include modules, subroutines, and macros; module substructure (the nesting of one module within another); control flow (the sequence in which modules perform their tasks); files; data flow (the sequence in which data moves through the program and is operated on by the modules); or user interface (data input formats and other non-graphical, internal code that enables the user and computer to communicate with one another, as distinguished from the visible graphical user interface). With that behind us, this series will next address determining the copyrightability of individual programs.

Join me next time for part four. 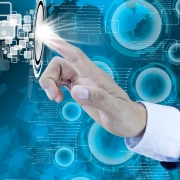 On Deceptive Apps and Practices: Unmasking the ACT App(le) Association
Scroll to top