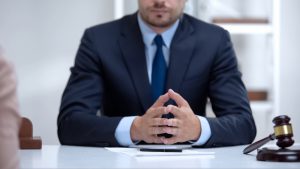 As we have written previously, during the course of a United States litigation — whether, under the new, federal Defend Trade Secrets Act (DTSA) or the older state-adopted Uniform Trade Secrets Act (UTSA) — plaintiffs must typically provide a description of the trade secrets allegedly stolen. What constitutes an adequate identification of the stolen or misappropriated trade secrets depends on the nature of the trade secrets, the facts of the case, and the relevant jurisdiction.

At one extreme lies the early and robust disclosure approach of California state courts, which many courts are starting to adopt for the DTSA as well. At another extreme are those courts where disclosure is conducted iteratively through the discovery process.

For better or worse, courts have been widely starting to require that trade secret litigation plaintiffs identify their trade secrets with “reasonable particularity” at the outset of the litigation. This is a trend that got its start, in large measure, from California’s enactment of the Uniform Trade Secrets Act in 1985. The state legislature, as part of its customization of the act, introduced the following requirement:

This rule was inspired by the 1968 opinion in Diodes, Inc. v. Franzen. In this case, the plaintiff corporation claimed two former directors and officers formed a competitor and misappropriated the plaintiff’s “secret process.” The court of appeals, affirming the trial court, dismissed the case. In so doing it noted that:

Before a defendant is compelled to respond to a complaint based upon claimed misappropriation or misuse of a trade secret and to embark on discovery which may be both prolonged and expensive, the complainant should describe the subject matter of the trade secret with sufficient particularity to separate it from matters of general knowledge in the trade or of special knowledge of those persons who are skilled in the trade, and to permit the defendant to ascertain at least the boundaries within which the secret lies. If the subject matter of the claimed trade secret is a manufacturing process, the plaintiff must not only identify the end product manufactured but also supply sufficient data concerning the process, without revealing the details of it, to give both the court and the defendant reasonable notice of the issues which must be met at the time of trial and to provide reasonable guidance in ascertaining the scope of appropriate discovery. No more comprehensive rules for pleading can be generally enunciated because no inclusive definition of trade secrets is possible.

In fact, there is a procedure in California under its version of the UTSA which has been adopted by a number of other states’ federal courts applying the DTSA. This procedure requires the plaintiff, at the outset of a litigation, to identify the specific characteristics of each trade secret in a way that sufficiently distinguishes it “with sufficient particularity to separate it from matters of general knowledge in the trade or of special knowledge of those persons . . . skilled in the trade.” Imax Corp. v. Cinema Technologies, Inc., 152 F.3d 1161, 1164 (9th Cir. 1998) (citation omitted).

The trend from California has spread across the US in both state and federal courts.

Courts in most US states use their broad common law case management authority to require more particularity from plaintiffs in identifying their trade secrets, especially in the context of discovery disputes. Courts in several states (or federal courts applying state law) have required a pre-discovery process by which the allegedly misappropriated trade secrets are identified with some degree of particularity.

In New York in the state case of MSCI Inc. v Jacob, plaintiff, a company that provided risk analytics tools, sued two former employees who went to a competitor and allegedly stole the plaintiff’s trade secrets. The New York Appeals Court held that the plaintiff could not seek additional discovery from the defendants until it identified which of the component parts or sequencing of its source code was not publicly available, commonly used, or licensed to third parties.

Similarly in Massachusetts, courts have also required a plaintiff to identify its trade secrets with “reasonable particularity” before discovery. Thus in 2012 in Content Mgmt Assocs v FMR LLC, (D Mass Feb 13, 2012), the federal district court suspended discovery for 60 days while the plaintiff provided the defendant with written descriptions of its trade secrets.

In L-3 Commc’ns Corp v Reveal Imaging Techs, (Mass Super Ct. Dec 2, 2004), the Massachusetts state court granted defendant’s motion for a protective order and ordered the plaintiff to serve on the defendant a statement specifically identifying its trade secrets that form the basis of its misappropriation claims before any discovery may be had on those claims.

California is the only state to have codified the reasonable particularity requirement. As a result, courts in states that have also adopted the UTSA now look to California law in applying the “reasonable particularity” requirement. In Advanced Modular Sputtering, Inc v Superior Court, 132 Cal App 4th 826 (Cal Ct App 2005), plaintiff, a manufacturer of machines used during the semiconductor manufacturing process, laid off certain former employees that it allowed, as an accommodation, to service machines sold to a former customer. The plaintiff alleges that the former employees misappropriated its trade secrets to create a competitor. The court held that:

“Reasonable particularity” mandated by [the California statute] does not mean that the party alleging misappropriation has to define every minute detail of its claimed trade secret at the outset of the litigation. Nor does it require a discovery referee or trial court to conduct a miniature trial on the merits of a misappropriation claim before discovery may commence. Rather, it means that the plaintiff must make some showing that is reasonable, i.e., fair, proper, just and rational [citation omitted], under all of the circumstances to identify its alleged trade secret in a manner that will allow the trial court to control the scope of subsequent discovery, protect all parties’ proprietary information, and allow them a fair opportunity to prepare and present their best case or defense at a trial on the merits.

In Brescia v Angelin, 172 Cal App 4th 133 (Cal Ct App 2009) the court clarified a trade secret plaintiff does not have to explain how its trade secret differs from the prior art in every case. They must only do so:

when, given the nature of the alleged secret or the technological field in which it arises, the details provided by the claimant to identify the secret are themselves inadequate to permit the defendant to learn the boundaries of the secret and investigate defenses or to permit the court to understand the designation and fashion discovery. Further, the trade secret designation is to be liberally construed, and reasonable doubts regarding its adequacy are to be resolved in favor of allowing discovery to go forward.

As might be expected, the contrary trend requiring more disclosure by trade secret owners quickly reasserted itself, in Perlan Therapeutics, Inc v Superior Court, 178 Cal App 4th 1333 (Cal Ct App 2009), noting that trial courts still have very broad discretion under the California statute. The court held that the plaintiff failed to sufficiently describe its trade secrets where it (1) did not segregate its alleged trade secrets (by, for example, listing them numerically); (2) did not clearly explain how its secrets differed from publicly available knowledge; (3) included a large amount of needless verbiage; and (4) referenced hundreds of pages of extra documents. Subsequent California cases show how the courts have taken a very active role in exercising their discretion.

In part two, we’ll share steps to consider along with examples.

About the Authors, David Cohen, and Donal O’Connell:

Donal O’Connell is ex-VP of R&D and ex-Director of IP at Nokia; Adjunct Professor of IP at Imperial College Business School and an IAM300 Top Global IP Strategist member for several years.