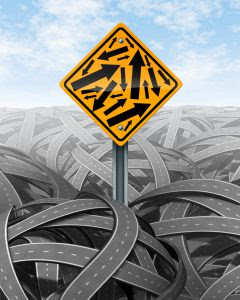 In my prior piece, I noted IEEE General Director Karachalios’ anti-patent positions and protectionist associations that one might find troubling in a 25 year EPO employee or the Managing Director of what is billed as the “world’s largest technical professional organization for the advancement of technology.” One would have assumed that love of technological growth and internationalism were a key requirement for such a position. Yet a review of Karachalios’ positions seems more that of an ideologue than anything else.  Indeed, like many an ideologue, he shows disdain for pragmatism and an almost childish approach to established norms.  How else to explain the series of creative self-published pieces justifying the IEEE-SA IP policy rule provisions.

While I am not familiar with the IEEE’s rules about the use of their mark in publications, it seems pretty clear that Karachialos is trying to give the imprimatur of the IEEE to his writings by writing “ieee” in low case letters above his publications.  Perhaps he thinks that the lower case does not infringe his employer’s mark, but it is pretty clear that his use is infringing and engaging in trademark dilution by blurring.

In the first self-published piece, he claims (P2) that the IEEE’s so-called reform to its IP policy “was not supposed to fix an old system, but to prepare the ground for IEEE’s standardization engagement in the IoT era, where the fundamental principles need to become more explicit and the whole system more accountable.”  Dismissing all prior analyses of (F)RAND as “trivial or tautological” he hails the IEEE reforms for giving thus substance to an otherwise empty (F)RAND (fair, reasonable and non- discriminatory) acronym.”

Let that statement sink in.  It is mindboggling in its arrogance.  According to Karachalios, the IEEE reforms and all the rancor that ensued were not undertaken to solve any existing problems.  Perhaps because there was no problem with the prior system, to begin with, or perhaps because the prior system was not worth saving?  He does not say.  Though for a member of a group that seeks to “redefine the rule of law,” it is possible that it was all done just to tear things down.

But the legal terrorism behind the revisions is just the beginning. Karachalios then claims that everyone before him was just wrong about FRAND.  Judges, regulators, academics, business people, economists were all spewing tautological or trivial explanations before the great Karachalios came down from upon high and enlightened them all.  I guess everyone who has written on what FRAND means are all just stupid.

What is even crazier than his arrogance is his shocking ignorance.  For someone who spent the past 30 years neck-deep in patent prosecution and standardization, Karachalios seems to evidence no idea how patents are prosecuted, or standards are developed, in the real world. He seems to think that when standards are adopted, the full extent and scope of the standards are understood. Moreover, in his fantasy world, when these mythical fully formed standards are promulgated, those promulgating them have fully issued patents where no modifications were made during the prosecution between application and issuance – and the patents fully tracked the standard.  This is of course, absurd, but how else to explain this paragraph:

In other words, if all market participants operating in a technology field that relies strongly on standards fail to determine the “rules of the game” in advance, then there is an inherent risk of opportunistic behavior. Downstream innovators can find themselves using standards protected by patents, only to face exceedingly high royalty rates later on. Equally, SEPs owners may see their efforts in investing in the standard unrewarded. Significant transaction costs that occur in the absence of adequate governance structures harm both and in that sense erode the value proposition of patent law as the “right to exclude”, already alone for the reason that it may become so costly to enforce a SEP that it becomes ultimately unenforceable in practice.  (p5)

In the real world, however, that technologies for adoption in standards do not exist off-the-shelf merely to be discretely selected for inclusion in a standard.  Rather, standards, or even amendments to standards, are developed over a period of years, particularly in ICT, wherein amendments emerge specifically to incorporate a certain pioneering technology in the field. Standard development time invariably introduces a substantial lag from the initiation of a standards project to the declarations and pledge of IPRs for that standard. This takes time because a determination that certain patent claims may be essential can only be made after certain drafts of a standard are adopted and the technical elements are sufficiently solidified and understood to require a license. Moreover, since it is highly likely that the applications for patents relevant to the developing standard were filed not long before the amendments were proposed, the patents are likely still in prosecution while the standard is being developed – and perhaps long after. Even assuming perfect coordination between the prosecution of a patent application potentially relevant to a standard that is being developed, and the development process for that standard, there is no guarantee that the patent that ultimately issues will capture any part of the standard that is ultimately adopted.

Karachalios’ display of ignorance continues in the second unpublished article in which he claims that SEPs are significantly more likely to be litigated and litigated more frequently than other patents. (p3). But this is nonsense, well known including by people who tend to favor the implementer side of things.  Thus, in two different studies purporting to take a comprehensive look at SEP assertions in the United States, one found only 577 SEP assertions (p1466) and another found 1,663 SEP assertions (p617).  When compared to the nearly 100,000 patent-assertion litigations reported in the PwC study that during the same time period the number of US SEP assertions appears to be trivial.  The Federal Trade Commission’s massive empirical PAE study found that fewer than 1% of patents asserted by PAEs were SEPs (p136) Moreover, in Europe, a region Karachalios should presumably know better, a recent study (p1472) found 422 SEP litigation assertions in Germany and 36 in the UK.  Darts-IP’s website claims that it has in its files 30,770 patent cases in Germany.  While this number is likely inflated by counting nullity and infringement suits over the same patent as separate litigations, even at half that number European SEP litigation appears to be trivial in the bigger picture.

Karachalios also claims that leaving SEP disputes to the courts would be an extreme solution because “judges who understand both the complexity and the scale of the emerging workload warn that the court system cannot handle it; it will collapse.” (p4) Second, he claims that the courts “urgently need sufficient upstream guidance by the three other institutional actors (regulators, SDOs and the patent offices) to do their jobs properly.” I am sure that is news to the Courts and commentators in Europe, the UK, US, and China that have been busy issuing complex SEP portfolio valuations in individual countries and on a global scale.

Finally, in his third self-published work, Karachialos tries to debunk empirical criticisms of the IEEE policy changes by – among other strategies – pointing to the increase in social media “likes” for the IEEE post-policy change. (p7) I guess argument by social media “likes” is the kind of democracy that an ATTAC follower believes in, but the argument itself sounds like one a middle-schooler would make. It is surprising that the IEEE lets this kind of nonsense be published under its logo.

The Value of a Confidentiality Agreement