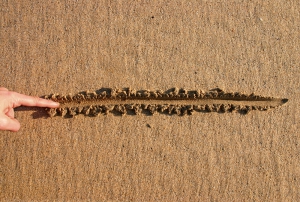 After a bench trial, the Eastern District of Virginia found Cisco to be have willfully infringed patents owned by Centripetal Networks Inc., a small operating company, and awarded a judgment of $1.9 billion dollars.   Cisco, employing the typical, big company, learn-secrets-under-an-NDA-to-later-copy-without-permission trick, was fully aware of Centripetal’s patents and technology.  Cisco had learned about Centripetal’s technology under NDA and proceeded to quickly rip it off less than a year after it was presented to them in detail the plaintiff and later by a third party.  It is no wonder that the court found “compelling evidence” of deliberate copying.  Also interesting, is that according to the court, at trial, Cisco did not even try to proffer a meaningful non-infringement argument.  Indeed, the court found that “Cisco’s invalidity evidence often contradicted its non-infringement evidence and failed to recognize the new functionality it copied from Centripetal during and after the” NDA.

To be fair, this judgement seems to be part of a trend of generally favorable events for patent owners.  Nevertheless, the case against Cisco stands out for its egregiousness.  It is clear the case will be appealed, and it is worth noting that very few high nine or ten figure judgments have been upheld on appeal.  So, all in all, Cisco must like its chances on appeal so much to have not concerned itself with presenting a meaningful defense at trial.    Personally, I think this case is a perfect vehicle for the Federal Circuit to redeem itself for its terrible decision with the last big judgment against a willful infringer from the EDVA – as in the present case, the willfulness is more egregious; there was a bench trial not a special verdict form; and the plaintiff is a competitor operating company.

More importantly, it is as Centripetal’s lead counsel noted, an opportunity to draw a line in the sand against the plague of efficient infringers.  Indeed, this is not the first case where Cisco was found to be a willful infringer – nor was it the first where “Cisco had a weak case that it over-aggressively defended.”  Nor was it the first time Cisco tried to have it both ways (on the one hand decrying PTAB discretion when it was to their detriment but happily taking advantage of PTAB discretion to their benefit).  Moreover, with respect to standard essential patents, as I have written elsewhere, Cisco, along with other implementers, has long tried to change the rules of the game to prohibit injunctive relief and any sort of meaningful damages.  Given all this, it will be very interesting to see whether the Federal Circuit has the gumption to finally put one of tech bad boys in its rightful place.