I am very pleased I can now share the article that I co-authored with Doug Clark. The article first appeared in IAM Issue 92, published by Globe Business Media Group – IP Division. To view the issue in full, please go to www.IAM-media.com 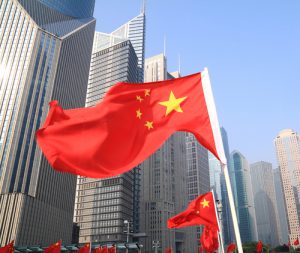 Intellectual Asset Management Magazine (IAM) today published a short excerpt of my and Doug Clark’s forthcoming, longer piece on China’s anti-monopoly law (AML) and how it has been applied to standard essential patents (SEPs).   The published excerpt concerns China’s National Development and Reform Commission’s (NDRC) investigation of Vringo undertaken at the behest of ZTE.  The piece focuses on two hair-raising meetings I had with NDRC officials in Beijing where all manner of explicit and implicit threats to my life, liberty, and property were made.  END_OF_DOCUMENT_TOKEN_TO_BE_REPLACED 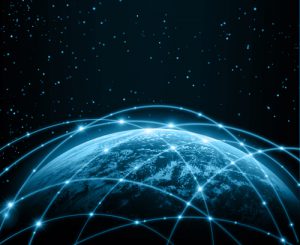 This paper was originally written as a source material for my presentation at the ABA’s 2017 IP West as part of the The China Paradox – October 11-12, 2017, Long Beach, CA, and subsequently edited and supplemented.

The following paper is a short history of the thirty-nine-month battle between Vringo, Inc. and ZTE Corporation. Vringo (now called FORM Holdings) was a technology company that became involved in the worldwide patent wars.[1] The company won a 2012 intellectual property lawsuit against Google, in which a U.S. District Court ordered Google to pay 1.36 percent of U.S. AdWords sales. Analysts estimated Vingo’s judgment against Google to be worth over $1 billion.[2] The Court of Appeals for the Federal Circuit overturned the District Court’s ruling on appeal in August 2014 in a split 2-1 decision,[3] which Intellectual Asset Magazine called “the most troubling case of 2014.”[4] Vingo also pursued worldwide litigation against ZTE Corporation in twelve countries, including the United Kingdom, Germany, Australia, Malaysia, India, Spain, Netherlands, Romania, China, Malaysia, Brazil and the United States.[5] The high profile nature of the intellectual property suits filed by the firm against large corporations known for anti-patent tendencies has led some commentators to refer to the firm as a patent vulture or patent troll.[6] END_OF_DOCUMENT_TOKEN_TO_BE_REPLACED

“US lawmakers have long worried about the security risks posed the alleged ties between Chinese companies Huawei and ZTE and the country’s government. To that end, Texas Representative Mike Conaway introduced a bill last week called Defending U.S. Government Communications Act, which aims to ban US government agencies from using phones and equipment from the companies.”

The Vringo Background The following paper is a short history of the thirty-nine-month battle between Vringo, Inc. and ZTE Corporation.  Vringo (now called FORM Holdings) was a technology company that became involved in the worldwide patent wars.[1] The company won a 2012 intellectual property lawsuit against Google, in which a U.S. District Court ordered […]

A summary with extensive footnotes – including many hard to get-ahold-of materials from around the world – of Vringo’s 3 year global battle with ZTE https://www.linkedin.com/pulse/short-history-vringos-battle-zte-david-l-cohen/